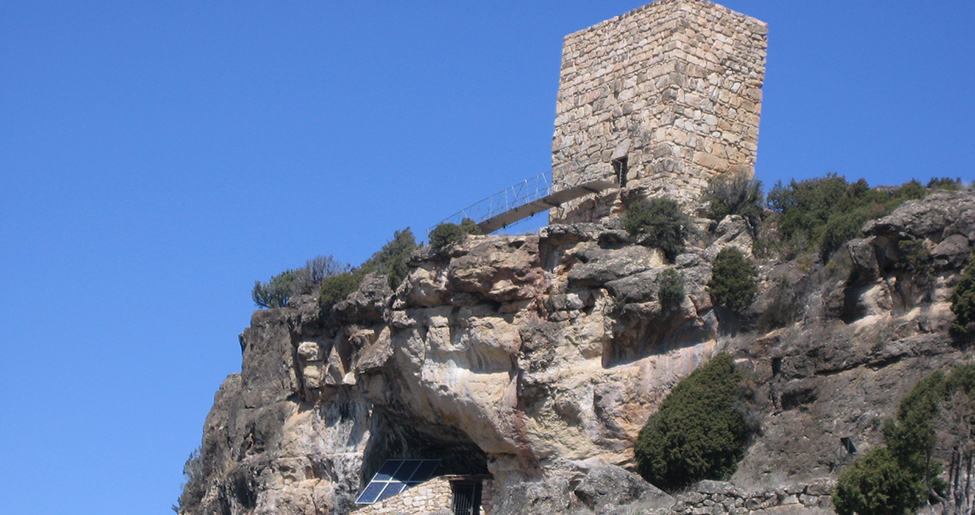 Riba de Saelices, in the highlands, with dampened soil due to the Linares River and chosen by humans for more than 50,000 years. Its different settlements show us various excavations that have left the secrets they were keeping out in the open. That is what the Hispanic-Muslim town of Los Casares with its cave of the same name shows us. It has a stone tower at the entrance from the Muslim era, which can mislead as the place is full of traces from the Palaeolithic period. Other settlements from the Iron Age are preserved in its fields, as are Celtiberian and Roman sites with their necropolises: el Cerro de la Virgen and Lazafuera.

The Casares cave opens up onto the Linares River and onto prehistoric times that takes us way beyond those at Altamira. It was first occupied more than 50,000 years ago in the Middle Palaeolithic Age. Chisled stoned gadgets and a metacarpal bone of a young Neanderthal woman have been found. Some 20,000 years later and for a further 10,000 years, the Homosapiens depicted figures of the wildlife on its walls, such as; horses, woolly rhinoceroses, wolverines or deer.  The most emblematic of these paintings is the one of a horse’s head, its features and hair carved in great detail. This has been used as the image of the cave.