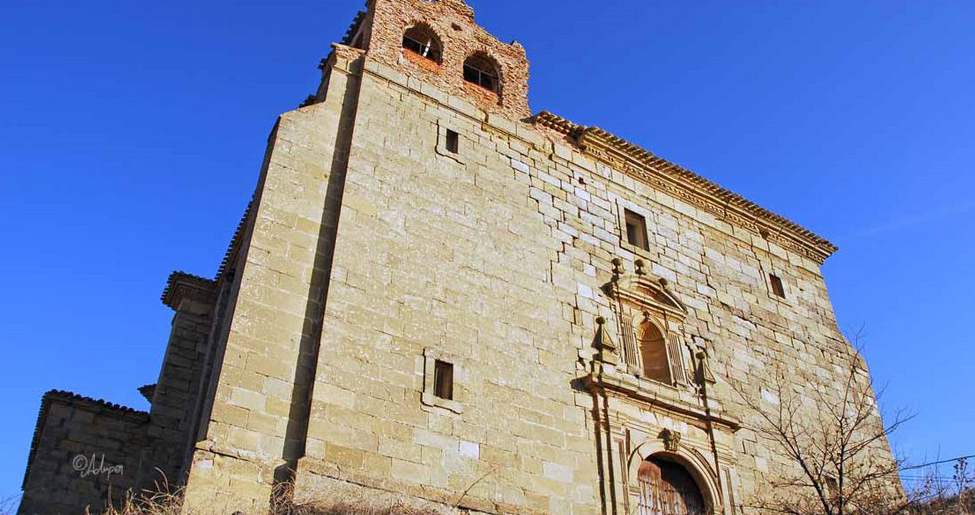 Come get to know this village in the la Alcarria region, formed by the localities of Garcinarro, Jabalera and Mazarulleque, joined by the regional road. Despite being formed by three towns, the number of inhabitants doesn’t surpass 350.

The development of these towns was very marked by the passage of the royal transhumance from Soria, and currently each one of them offers visitors compelling reasons, in terms of heritage, to come.  Following, we will explain them.

In Garcinarro we find the church of Our Lady of the Tabernacle, a jewel of their heritage, which was declared an Asset of Cultural Interest for being one of the best examples of architecture from the transition between Gothic and Renaissance in the 16th century. The exterior highlights are its unfinished tower and its two entry doors, one halfway between Plateresque and Purist; and the other at the foot of the church is Baroque and was constructed later. The interior is one of the most beautiful things the tourist might see in the province. A superb columned church with a wide open floor plan and three naves covered by magnificent starred vaults. Around the whole church a cornice extends with a forged railing that simulates an open balcony, running around the whole building. Ground level, the choir and the baptismal chapel with a beautiful renaissance fountain. Its main pictorial work is the Adoration of the Shepherds by Ribera. Garcinarro also has a lovely City Hall located in an old noble house. The ground floor preserves some beautiful porticoes with rounded arches, and in the upper level we have a central balcony and municipal clock.

Jabalera, 8 km from the previous town, will surprise us with another church, Holy Mary the Elder, which preserves a magnificent 16th century tower, curiously situated at the head of the church, and a porch, inheritance of the Romanesque arches so common in Guadalajara and Segovia. In this town we’ll also find an interesting example of civil architecture in its big houses and the pillory of the plaza.

Lastly, the third town that is integrated into the Altomira Valley, Mazarulleque, will reward the visitor with its interesting urban complex, formed around the hill of La Muela. Its streets and houses were adapted to the topography of the area, and they opened caves and built other types of emblazoned, traditional constructions here. Among them, we can point out the strong house of La Muela, a unique example in this province of a fortified work house. It is formed by an ensemble of rooms around a patio, among which the stable with granary stands out. This building has two floors joined by a passage and is flush with the rock, and has small windows. Below are the stables, covered with groined vaults, stuccoed with geometric motifs; and above the granary, covered by a wooden structure. The rooms of this farm house are covered with a pigeon loft and various caves.

The churches and the urban center are freely accessible. For the house of La Muela, ask at City Hall.

In addition to its constructions, take advantage of resting in its tranquility and enjoying the beautiful natural surroundings of the Altomira and San Sebastián sierras and the valley of the Jabalera River.