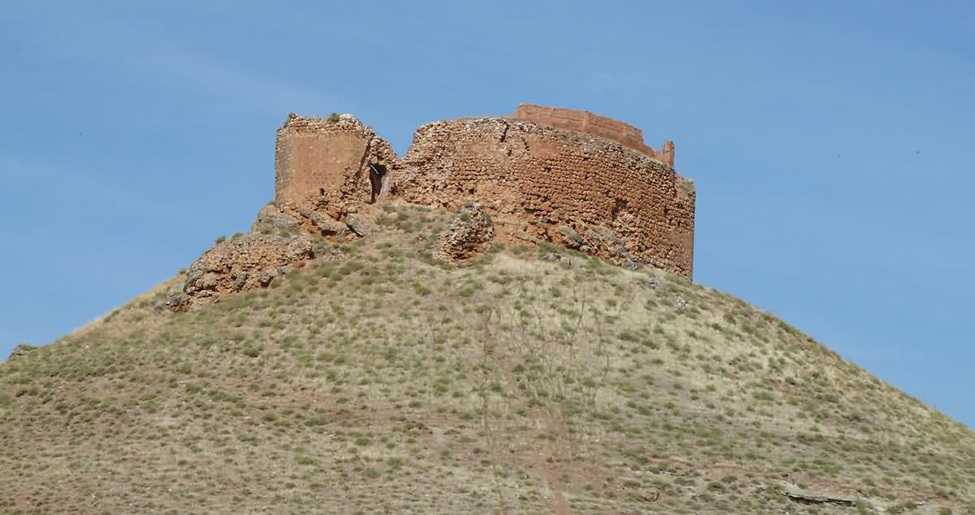 A magnificent example of a mountain castle, that is to say, whose shape adapts exactly to the hillside in which it is erected. Its most beautiful feature is the main gate, opening itself within a curve of the wall, and constructed as a re-entrance in its homogenous circular path. If only for the magnificent masonry with which it was constructed, it merits a visit, as well as for its pointed arch between its two strong turrets.

Built for a Muslim garrison in the middle of the 12th century, it was continuously conquered and lost, and Christians and Arabs alternated in possessing it many times. It came into the hands of the Orden of St. James in 1214, a possession confirmed by a papal bull. When the township of Alhambra was divided among the orders of Calatrava and St. John, it lost its strategic importance and was gradually abandoned.

The most curious thing of the castle is that since it was built on a mountain it never had an exterior enclosure nor a watchtower, but it did have a covered or protected path by a small wall in the last section, which allowed access in times of protection.

Currently we find the castle in a state of progressive ruin and as such you can go up to it freely.

In the hillside of the Castle of Alhambra burial sites and structures from the Bronze and Iron Ages have also been found, although heavily damaged by the construction of the medieval castle. And passing through the town the inhabitants tell a legend that speaks of a tunnel that joined the castle with some of the town houses. In the outlaying areas they have also found tombstones from Roman times, owing to the fact that they frequently dispersed their cemeteries on both sides of the road, in the outskirts of their settlements.