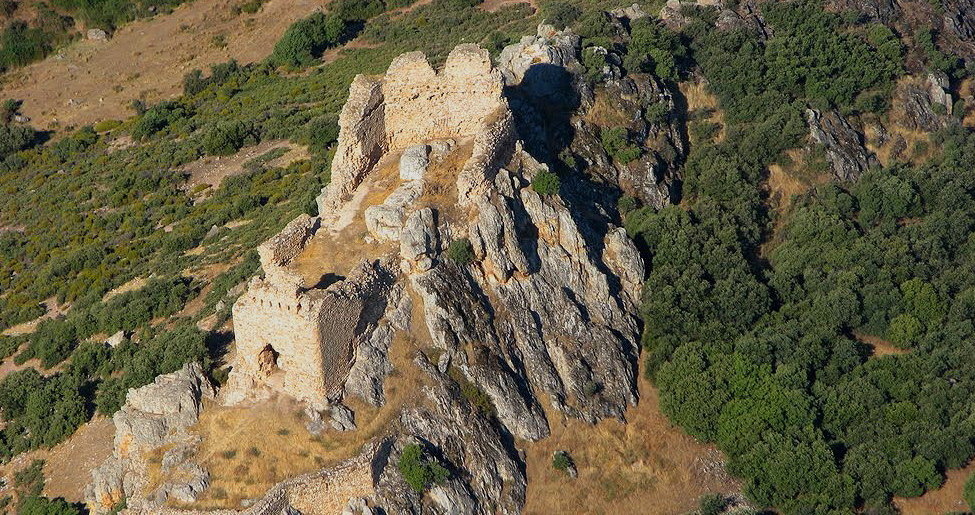 Templar castle raised on one of the rocks for which the old village grown under its shelter is named, that of the sister crags. From its ruins we can encounter a magnificent panoramic view of the Montes de Toledo mountain chain and its sea of olive trees.

Its irregular floor plan adapts to the peak on which it lays. Its only access, through its pointed-arch door, allows us to view a reduced parade ground, protected by a barrier or pre-wall. It preserves three façades and the holes where the wooden slats that supported the rampart walk were inserted.

Its origin is considered to be that of an Arab bastion, handed over by the King Alfonso VIII to the knight Alfonso Téllez, who in turn sold it to the Archbishop of Toledo, Rodrigo Ximénez de Rada, and he, then, to the city. Far from the dangers of the frontier, and as was usual in the villages erected on heights around a fortress, its inhabitants moved to the low lands of Navahermosa.

Free Access; you can arrive almost right up to it by car, along a path, and then a short walk.

Legend says that on Saint John’s Eve you can see the ghosts of the two Moorish sisters who haunt the castle, and watch them then go down to bathe themselves in the Merlín stream.