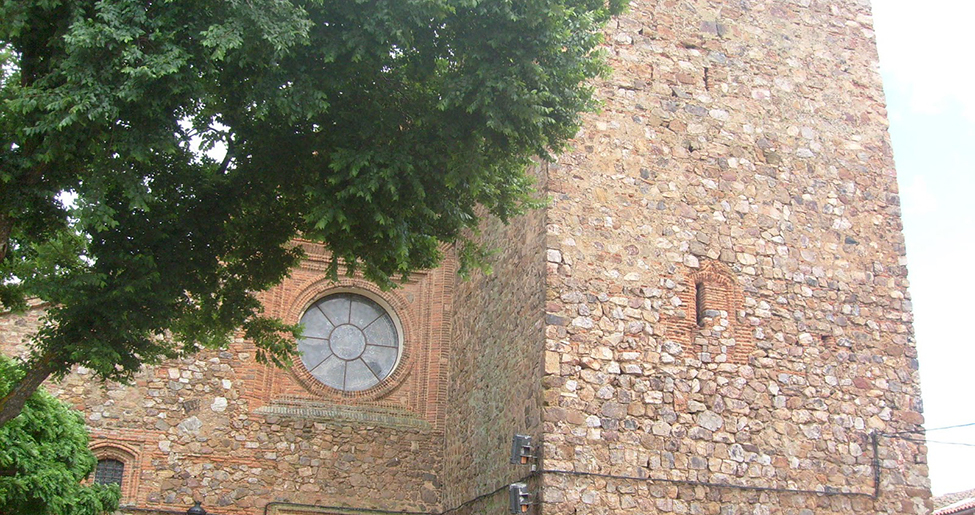 Ascending its heights allows one to see the impressive landscape of three communities: Castile-La Mancha, Extremadura, and Andalusia. Initially a military fortress, it was converted into a temple, and today it is the parochial church of Saint John the Baptist and Saint Dominic of Silos. In its surrounding areas prehistoric paintings with anthropomorphic figures have been found, discovered by the very famous abbé Breuil, who also discovered the Lascaux Caves and numerous cave paintings in the Iberian Peninsula.

It was called Castillo de los Donceles after the Christian Reconquest. Today the church constructed in its interior is a magnificent building, with three naves and mudejar coffered ceilings from the 16th century. The governor of this castle, Diego Hernández de Córdoba, was able to defeat the Moorish king of Granada, Boabdil, and make him prisoner, winning 64 flags, Arab banners, which were handed over to the Catholic King Ferdinand of Aragón.

Information available in the Office of Tourism of Chillón, telephone 926 71 15 52

There are reasons to think that prior to the current church, another one was constructed with smaller dimensions, which was located inside a castle so as to have the same name as its owners, called Castillo de los Donceles. On April 2, 1318 the assembly of the Grand Masters of Alcántara, Calatrava and Santiago was celebrated inside in order to defend their privileges.