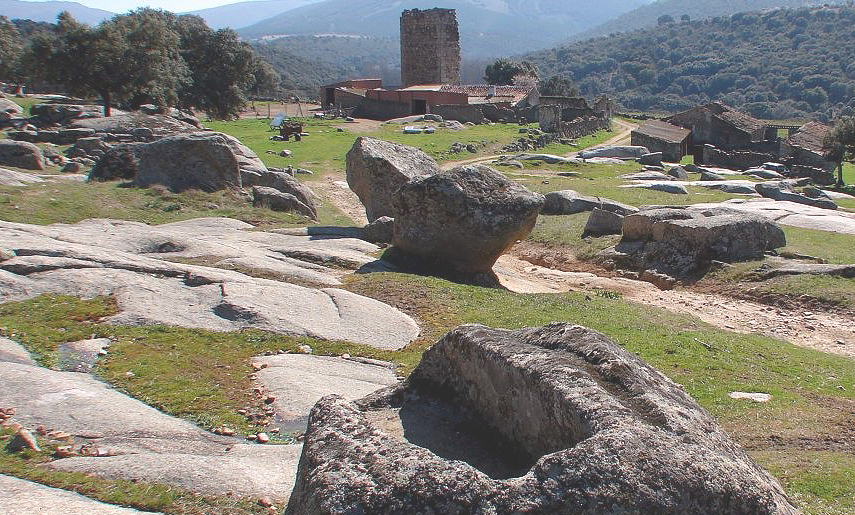 Visiting a fortress such as this one allows us to see a 13thcentury castle from the height of the Middle Ages - one without windows, cornices, or any other defensive element. A typical strong tower, it was intended as shelter for a small garrison, and as support for the village settled nearby.

We will enter through a small door with rounded arch, and we will be able to see its walls, one meter and a half thick. Nothing else remains. But it does not really matter, as its location, at the foot of Sierra del Puerco Mountains and the convergence of the Cedean River and Malamonedilla stream, allows us to enjoy a very beautiful landscape. In the surroundings we will find, dug into the rock, medieval sepulchers. Malamoneda was a village next to the castle, settled after the Christian Reconquest of the 13thcentury. Although it was the property of the knight Alfonso Téllez, and afterword that of the Archbishop of Toledo, it became part of the royal properties since the reign of Ferdinand III the Saint.

The name Malamoneda (wrong coin) comes from a legend of a traitor Templar knight who allowed the Muslims access to the fortress in return for a golden reward. All its occupants died, including the traitor. When the Christian support arrived, they saw that the dead bodies, thrown from the castle, had sunk into the rock, naturally burring them in it. All except for one of them, who was holding a golden coin in his hands.