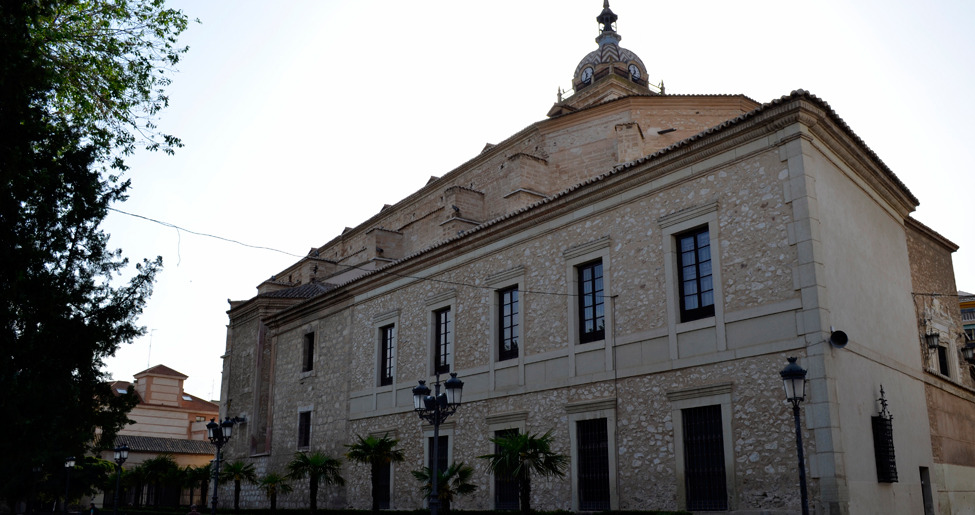 In the central area of the gardens of the Prado rises up what is the main church of Ciudad Real:la Santa Iglesia Prioral Basilica (S.I.P.B.) Catedral de Santa María del Prado, which holds the title of priory from the military orders of Calatrava, Montesa, Alcántara and Santiago (St. James) from 1875 by a papal bull from Pope Pius IX.

The temple that we can currently visit had its beginnings as a primitive hermitage built between the 13th and 14th centuries, and of which what remains now is only a door and a rose window at the foot of the cathedral building, the door of forgiveness. In addition to this entry, the temple has two others: the shaded door to the North and the midday door to the South, both decorated in a very simple manner.

Inside we find a solitary nave of impressive dimensions covered by different traced vaults, each one more complex, which tells us of the constructive evolution of the building. Whats more, the interior also houses the central element of the cathedral: the altarpiece of the Main Altar. In the masterpiece of Giraldo de Merlo, which he began in 1612 and finished in 1617, fundamentally different scenes of the life of the Virgin are represented, seeing as it is a piece of work dedicated to the patron saint of Ciudad Real, the Virgin del Prado.

Likewise in the building we can highlight the niche of the Virgin - Baroque style and with an exterior window from which we can see the Patroness when the temple is closed; and the tower, which was built between 1817-1835 upon demolishing the previous one due to structural problems.

The visit is free.