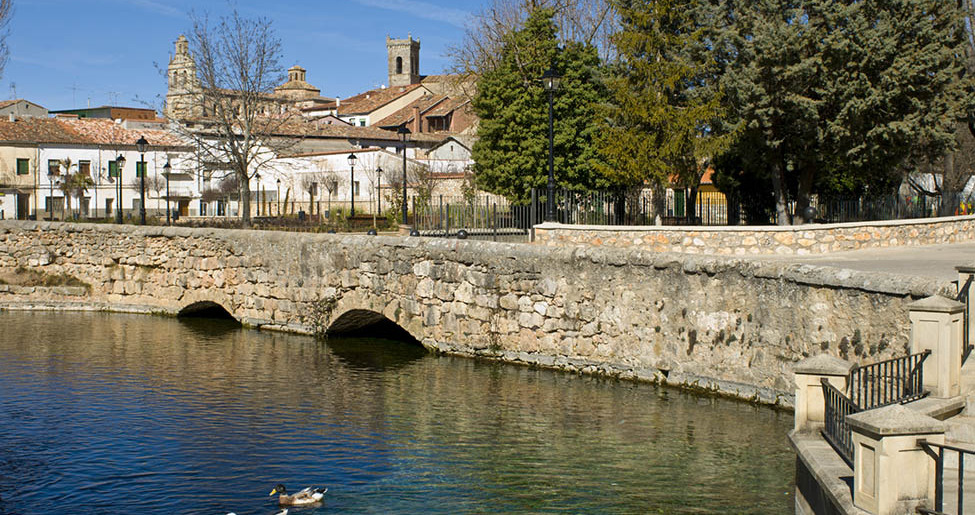 Cifuentes owes its name to the spray of springs that create the tributary of the Tagus with the same name, which was originally called Cien Fuentes (100 springs). It’s thanks to that water which nourishes and lies there that it has been a place for human settlement, probably since prehistoric times, as the archaeological remains prove; but its documented trajectory began in 1260 and since then it has been the leader of a large area with great activity. Likewise, it has artistic historical treasures of the Alcarria in its custody which will enhance the visit, inspection and culture.

Since its defensive era and intertwined with the memory of famous character such as Doña Blanca and Don Juan Miguel, the wall and the castle from the 14th century hold remains that tinge the relics of the fight for the square.

Multiple religious buildings provide a lesson about art: Romanesque, Gothic, Baroque and Renaissance are all styles that overlap one another on its walls, doorways or decorative features. The church of San Salvador, the convent of Santo Domingo, Nuestra Señora de Belén, or the chapels of Santa Ana, La Soledad and San Roque are all examples of this wealth.

Monumental complexes or civil works fill the streets with intrigue, features and architectural styles in a town that was able to boast opulence in its streets and also variety throughout time:  The Plaza de la Provincia square, the Remedio hospital, the house of Los Gallos), the Synagogue house or the house of the Jovellanos...keep a careful eye on and are concerned for the seams of its origins.