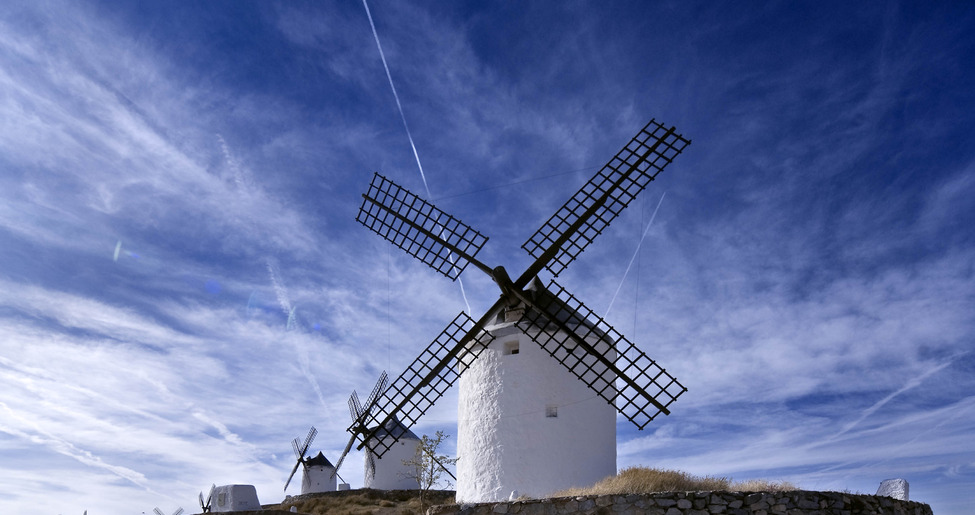 Consuegra emerges from the Manchegan lowlands to provide us with all of the touches of Castilian and Manchegan character.

The Plaza de España square is the place from which everything begins: the modest town hall from 1670 with Toledo-style roofing; connected to this building by an arch is the watchtower; the palace of San Gumersindo from the 20th century which is a Mudejar imitation; the “Los Corredores” building from the 17th century with a beautiful typically Manchegan balcony which was a bunker, corn exchange and town hall and what nowadays houses the municipal archaeological museum.

Rightly so, religious architecture also has many depictions: the chapel of Santísimo Cristo de Veracruz, with its white marble façade; the parish church of Santa María la Mayor, with its Mudejar crypt; the convent of las Madres de la Inmaculada Concepción, which recreates a Gothic Mudejar style and many more which round off an idea of this spiritual town.

The Muela castle which governs the landscape is overwhelming and imposing with its “San Juan” military architecture with three defence areas. Inside all parts can be visited and the view from the tower of the countryside is amazing.

But, without any doubt, the image that Consuegra etches into the visitor’s minds is that of the Calderico hill, fringed with windmills. We can easily picture Don Quixote’s battle with the giants there, the sheer essence that frames both the character and its author, Miguel de Cervantes.

In terms of civil monuments, the manor houses, the Roman dam, the windmills, the clay or the Tercia complete the picture that this area, open to the flatlands of La Mancha, gifts with every step.

The celebration of fairs like the “Rosa del Azafrán” in October and “Consuegra Medieval” in August are testimonies of a town that preserves both a medieval past and traditions ingrained for centuries.