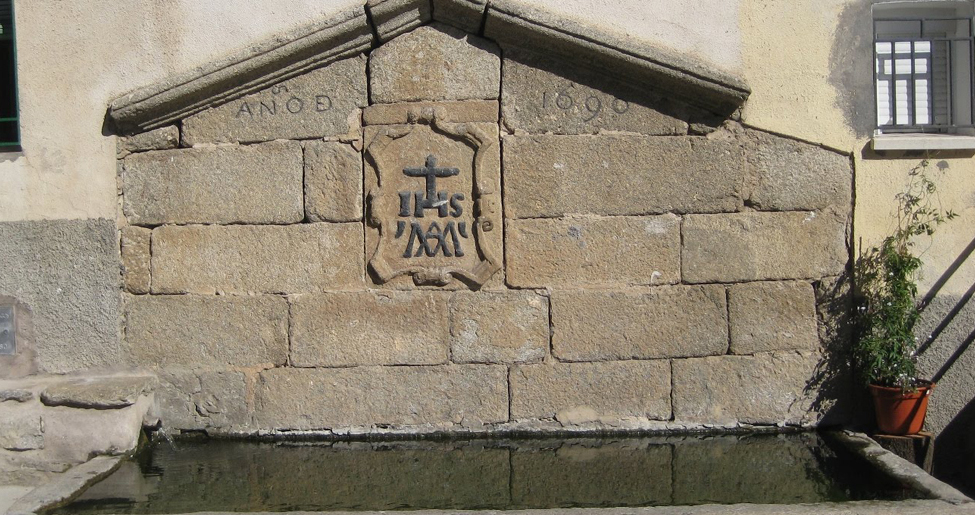 A village seated in the Sierra de San Vicente, 80 km from its provincial capital. Its name refers to the aromatic plant of hinojo (fennel), very abundant in this area and which gives the whole surroundings its characteristic, pleasing, and profound smell. In addition to the natural surroundings, it is worth a visit to the urban area of this town and the church of the Conception.

The town is structured around an urban center in which what takes precedence is the traditional architecture in its houses, with circular facades, masonry walls that are whitewashed on the ground floor, and beveled corners. In its urbanism we can note the irregular adaptation to the mountain terrain, which results in streets without a clear order and its blocks a little out of the ordinary. The visitor may come to feel as if in a labyrinth that he is sure to enjoy since it has a beautiful charm, just like the building of the church of the Conception, on calle Juan Carlos I. It is from the 16th century and is a clear example of the transition from Gothic to Renaissance, formed by one solitary nave in which the bell tower and its facade stand out.

Visit the remains of the castle, built over an Islamic tower, which guarded the area of la Sierra de San Vicente, and the convent that preserves a majestic ashlar door with Renaissance decor. A few meters from the castle you can visit the cave in which, according to tradition, the Saints Vicente, Sabina, and Cristeta, Martyrs of Talavera, took refuge during the Dacian persecution.