Visit Church of Saint Dominic of Silos in Tribaldos | TCLM

Church of Saint Dominic of Silos in Tribaldos 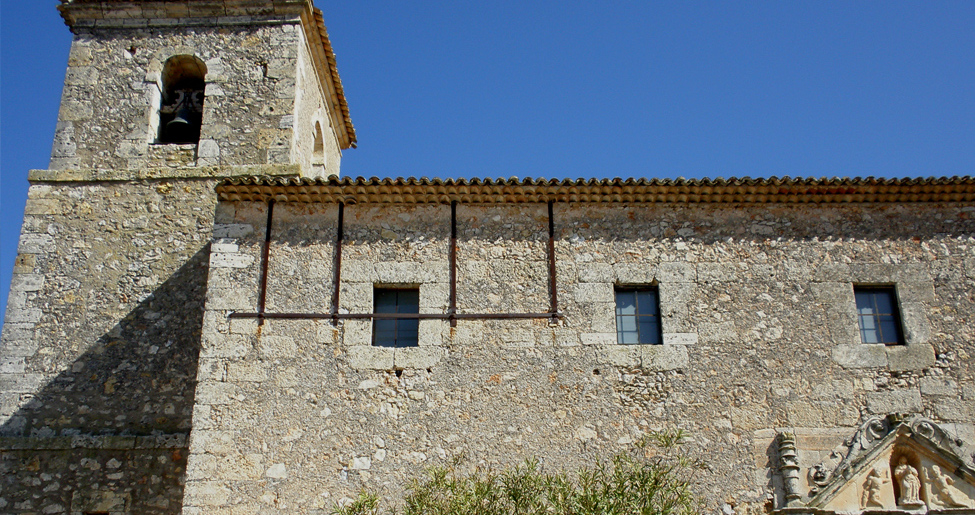 The region of La Mancha is home to this lovely town very close to Uclés and its famous monastery that can be seen following the horizon of Tribaldos. With an undulating landscape, this town, inhabited by just over one hundred people, has the church of Saint Dominic as its main touristic attraction.

The church, which presides over the town at its highest point, began its construction at the end of the 16th century under the influence of the post-Herreran style. It was probably constructed by the same builders as the Uclés monastery, or as a copy of it.  The nave, however, is in the style of the transition to the Baroque. It has a large tower of four bodies centered at the foot of the building and Plateresque facade. Inside, a solitary nave and Latin cross floor plan with the choir at the foot of the church. The ceilings are made up of barreled vaults for the nave and a cupola on pendentives over the transept. The most important elements it preserves are two pieces of religious precious metal work, a large cup of embossed silver and a chalice of gold plated, chiseled silver.

If you visit this town in the summer, take advantage of its festivals of the patron saint of Saint Ann, the last weekend of July, and integrate yourself with the locals among the fanfare, parades, pilgrimages, firecrackers, and costumes.