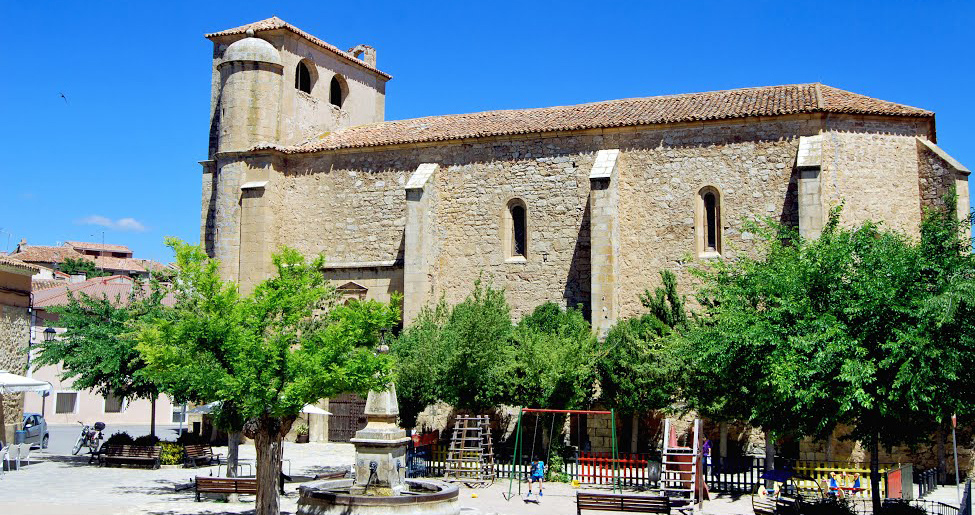 Bordering the Zaragoza province and belonging to the Señorío de Molina region, we’ll find the town of Milmarcos with just over 125 inhabitants. The magnificent patrimonial fingerprint of this village is displayed as soon as the visitor discovers one’s self in its Main Square, in the shadow of the monumental Renaissance church of Saint John the Baptist.

We’ll begin with the City Hall in the Main Square, an illustrious 17th century building with an arcade at the lower level, and a beautiful gallery in the upper. Throughout the ensemble of the urbanism there are many examples of popular and noble architecture that the visitor should not miss seeing. For example, the “Posada Vieja” (old inn) on the street of Jesus the Nazarene, the House of the Inquisition with the crest of the Holy Office in its facade, on calle Oscura, and the mansion of los López Montenegro with their coat of arms, a large entry arch and iron bar workings, in the Main Square. In addition to civil architecture, the final touch to our visit to Milmarcos will put us at the Mannerist main altar done by Juan Arnal and Francisco Condado, which we can see in the interior of the church of Saint John the Baptist, constructed between the 16th and 17th centuries. Its south door is also noteworthy.

You can freely access the whole urban area. For the palaces, ask at the City Hall since some may be private homes.

One more visit that will quench the thirst of those who come to Milmarcos for the first time is the Romanesque hermitage of Saint Catherine, now incorporated in the district of Hinojosa. And finally, in the Plaza de la Muela we can see the Zorrilla theatre, from the late 19th century.