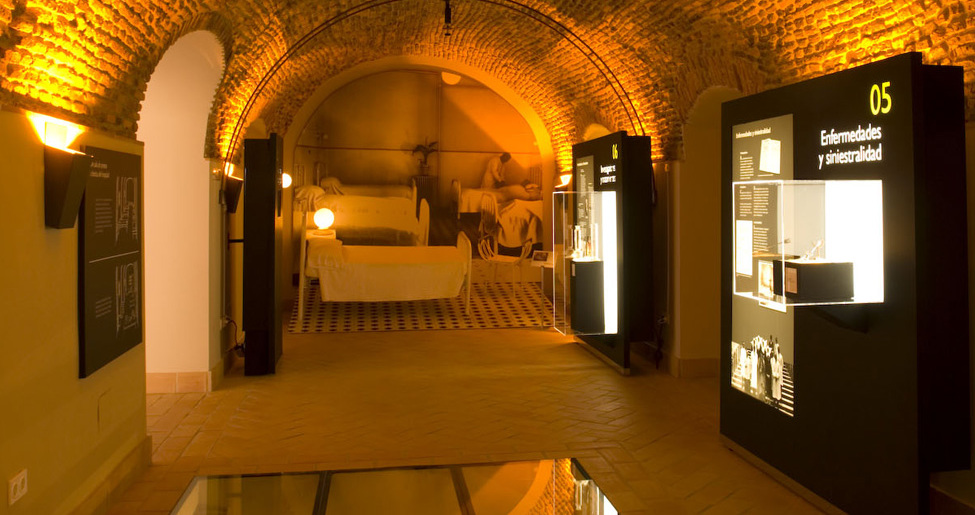 An exhaustive, detailed and pleasant history of the mine in Almadén region.

An interactive tour using audiovisual materials, scale models and explanation panels. Two main themes: the hospital and society. The hospital, ahead of its time, was able to efficiently treat hydrargyrism (acute poisoning) and fidgeting (a neurological syndrome), both illnesses were brought on by prolonged exposure mercury. It had a sauna and a beach. An entertaining first look at the customs and daily life of the miners and their families. A look at the prison cells where the detainees that worked in the mine lived.

Open from Tuesday to Sunday.

Opening hours from May to September:

From October to April:

The museum is inside the Royal Miner’s Hospital of San Rafael, a unique building in an “L” shape from the 18th century that is incorporated into the architectural complex of the mining park. The hospital is officially recognised as an asset of cultural interest since 1992.