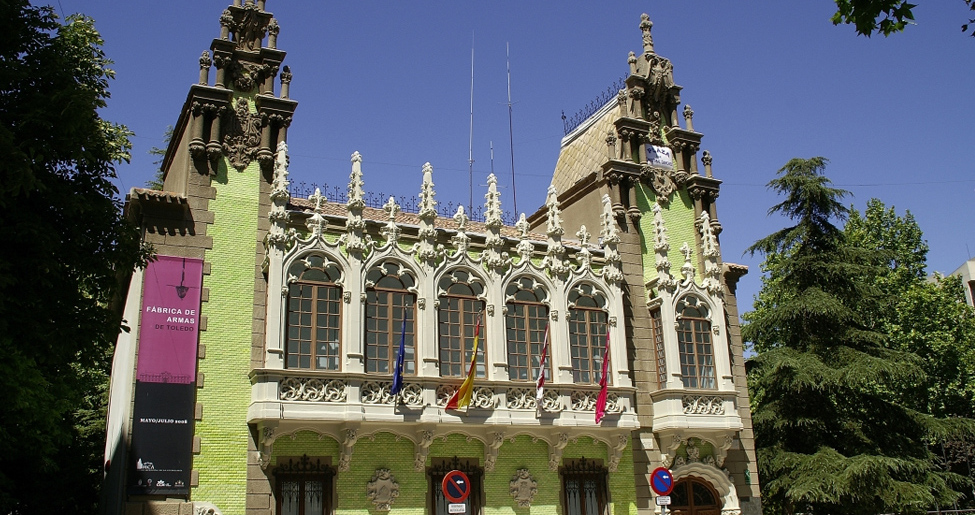 The museum was opened on 6th September 2004. It is located in an ancient eclectic-style building, with Gothic façade and green tiles, called “Casa de Hortelano” and built in 1912 by the architect Daniel Rubio. With this project two objectives were achieved: on the one hand, rehabilitate a beautiful modernist building located in the middle of the city and, on the other hand, that Albacete had a museum where preserving and keeping its historic heritage; where recovering and spreading that cultural heritage and revitalize the cutlery sector, the craftwork that makes universal this city.

That is what we find: a historic and geographic itinerary through the cutlery history of Albacete, which has the most prestigious and worldwide famous since centuries ago. Knives from every period, from the Iron Age, Rome in Hispania and the Visigoths. Over 500 European pieces from 17th, 18th and 19th centuries. A space reserved to scissors, which have been using since the Bronze Age and in the Middle Age take the shape they have today. In 15th century they start to be made in steel.

But the spreading of the museum is not just limited to the cutlery exhibitions but also complements its program with some activities. An example of that are the Child Drawing Contest and the Photography about cutlery Contest, carried out very year. Presentations and editions of books and catalogues that complement the cultural activity which is developing in the museum. Since 2008, the museum has an educative project “Acércate, ¡no te cortes!”, which covers from Infant to Secondary Education . Thanks to this program, the rooms of the museum in the mornings are full of scholars. Since 2009 the project “Esta es nuestra historia” is carried out, and it is addressed to elderly and every type of collectives and cultural associations.