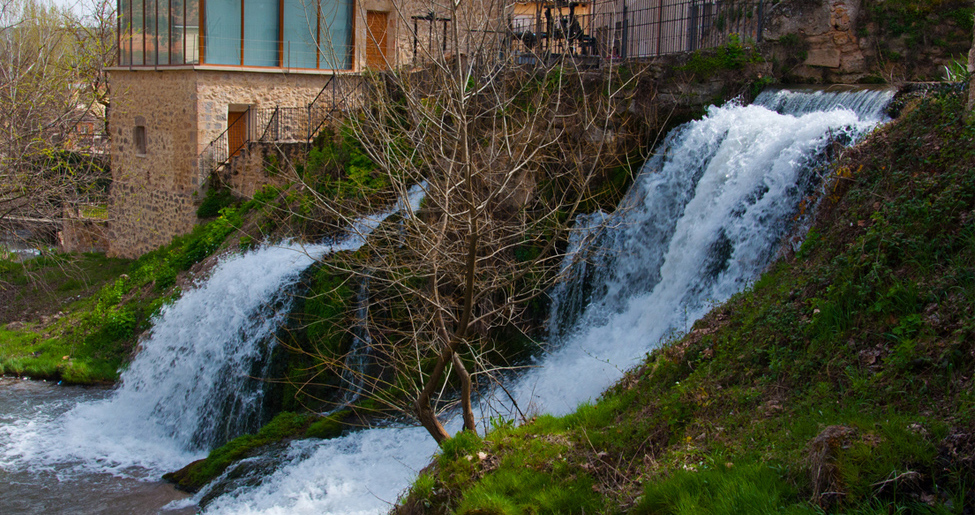 The Prometheus mithe, a metaphore to explain the relationship between the human being and the energy.

Without energy the world where we live wouldn’t be possible. Neither good nor bad. Transforming the natural forces into usable energy has a high price, sometimes quite dangerous. Two interactive games: Prometheus flight and Prometheus fire. A multimedia image, light and sound experience.

The Hellene hero Prometheus stole the secret of fire from the Gods, which made Zeus to chain him to a mountain in order to his entrails been eternally eaten by an eagle. The museum opens its doors to the public in the little hydroelectric power plant of San Blas, a complex located over the Cifuentes River, near the Tagus River.