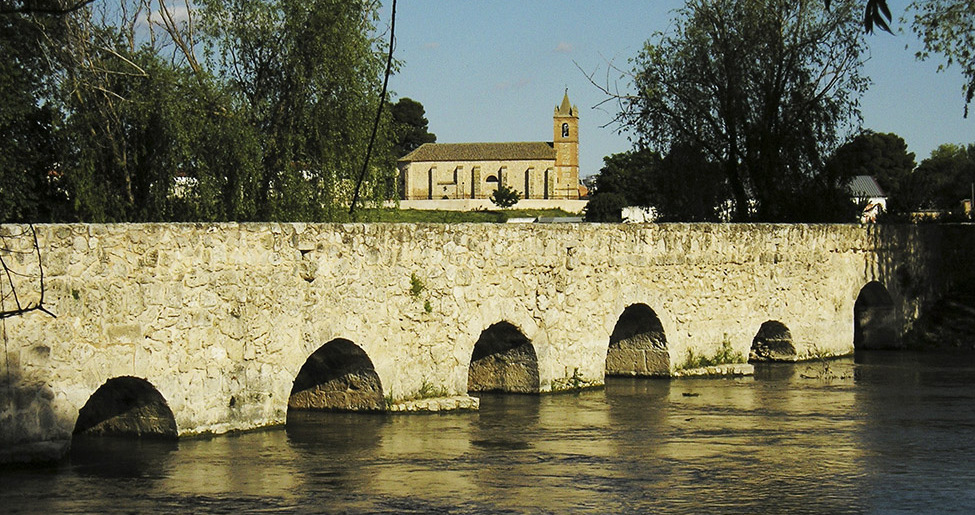 This town of la Mancha occupies the area northeast of the province. We can easily arrive following the regional road between Arenas de San Juan and Tomelloso, or exiting the A-4. The town has interesting traditional buildings related to its main source of wealth, wine, such as wineries and distilleries. But what is most interesting for us to highlight in Villarta is its ancient Roman stone bridge that withstands, unmoved, by the passage of the centuries.

Part of the Roman Road that joined Toletum with Laminio, like a witness, what’s known as the Old bridge still remains, permitting passage over the Cigüela River. This bridge, over 300 meters long and 5 meters wide, has been declared an Asset of Cultural Interest and National Monument. In its structure we see two fairly big sidings, semicircular arches made of ashlar, and 36 asymmetrical and unequal eyes. Throughout he centuries it has suffered different mishaps due to the passage of time, overflows of the river included, which has resulted in it being restored many times.

Villarta also has a late Gothic style church, dedicated to Saint John the Baptist, built over an ancient fort from the Order of Saint John, which a Latin cross floor plan and traditional typology. And a lovely Watchtower with three sections, located in the Plaza de la Paz, with an engraving done by Cosme de Médicis in 1668.