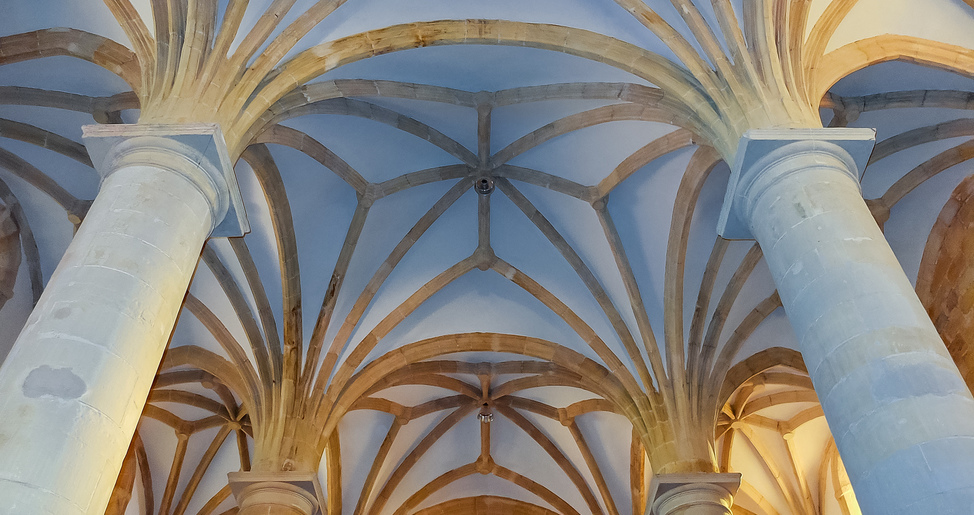 On the edge of the Entrepeñas marsh, in the Tagus River valley, the traveler will find the town of Sacedón, which includes in its district the annexed towns of Córcoles and Poyos. From its past, it preserves Paleolithic remains in the Olmedilla site and Roman remains in the El Molino and El Pozuelo settings. If we visit the town, in addition to old noble houses and a statue of la Mariblanca commissioned by Fernando VII, we must stop to visit the church of the Assumption, built in the 16th century, and in the nearby hamlet of Córcoles a masterpiece of the Middle Ages, the Monastery of Santa María de Monsalud.

The church, made of ashlar and with a Latin cross design, was built in the 16th century. The visitor will find the main entrance on the South side; the semicircular arch that leads into the temple is flanked by Ionic columns and topped by a lovely triangular gable.

Córcoles can boast of having the best preserved medieval monastery built in the province. The monastery of Santa María de Monsalud belonged to the Order of Cistercians. Its construction finished in the 13th century, and currently it preserves almost all its rooms. Of them, we can highlight the chapter room, formed by two naves and ribbed vaults whose nerves are supported thanks to two central columns with Gothic capitals decorated with plant motifs and brackets in the same style at the walls.

To enter the church, ensure to respect the hours of worship. You can visit the monastery all day.

Sacedón has other hermitages such as Saint Andrew, Our Lady of Perpetual Help, and that of la Cara de Dios (face of God), patron of the town. In this last one, legend tells, the Holy Face of God appeared perfectly drawn in 1689 on a wall where a blasphemer had stuck a dagger.