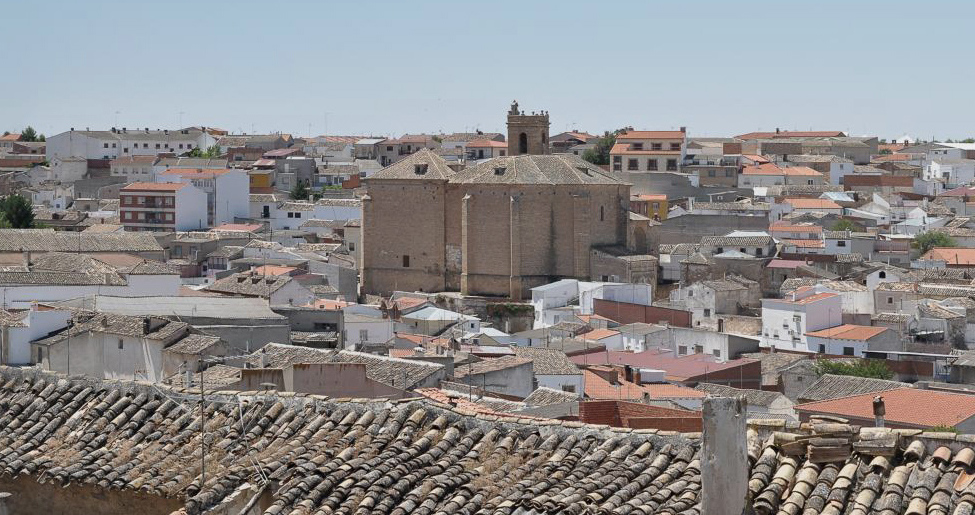 Situated 85 km from Toledo in the last hillsides of the Mesa de Ocaña, we find the beautiful town of Santa Cruz de la Zarza. From its privileged location we can get one of the best panoramic views of the Tagus Valley. Also, in the past it was an important communication hub through which passed Romans, Visigoths, Arabs, and Christians. All of them left their grain of sand and so Santa Cruz de la Zarza occupies an important place in terms of patrimonial worth, thanks to its urban complex, churches, and house-palaces, like that of las Cadenas.

Its location upon two hills results in Santa Cruz having two very different neighborhoods. In the West neighborhood, traditionally more humble, we find buildings with a traditional character and house-caves that are distributed throughout an urban complex with long steep slopes and an irregular layout. By contrast, the East neighborhood presents itself with noble homes with family crests on the facades and with a better layout thanks to the growth the town experienced in the 17th century. Among these stately homes, the traveler should stop to see the House Palace of las Cadenas, an old inn with refugee status from 1626, called Cadenas for the thick chain that hangs between the doorjambs. It shines with pride with the royal crown of the Austrian House with the shield of Spain and the Golden Fleece, awarded by King Carlos V after he stayed here. The house is located very close to the 16th century church of Saint Michael Archangel, where the visitor can pass among its three naves and admire the adornments gifted by the Catholic King and Queen. The cupola of the chapel of the Virgin of Saturdays is a great beauty to see, decorated with paintings and categorized as an Asset of Cultural Interest. Finally, the church of Saint James, dated in 1603 and constructed over an older church built by the Order. It has various chapels and a sacristy from the 17th century that currently houses the museum and alcove of the Virgin of the Rosary.

You can freely access the urban areas. For the rest of the monuments, inquire and the City Hall or the Tourism Office.

Don’t miss the ruins of the convent of the Trinitarians and also visit the cave-houses, some of them still inhabited, or the Fountain of the Pipes, the Arch of the Villa and the fantastic City Hall, among others.