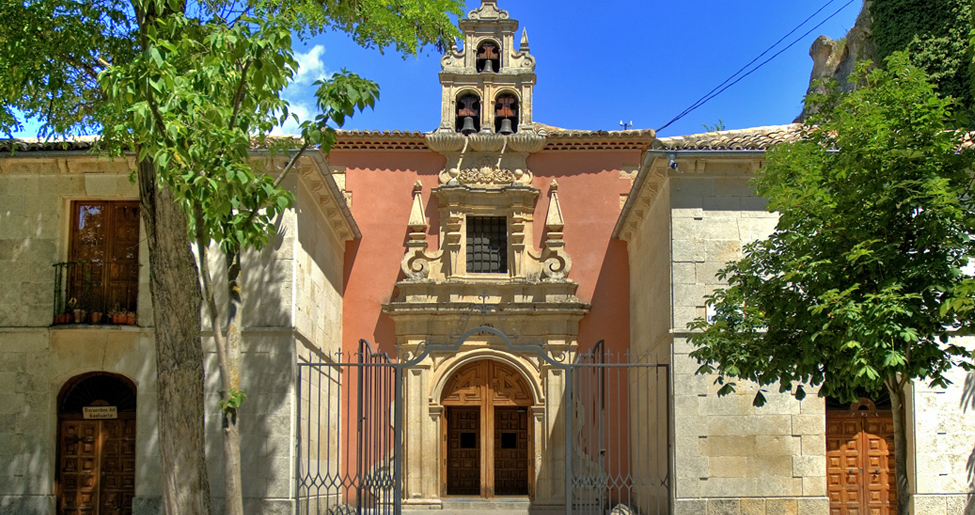 The current church was built on top of the 14th century chapel, which was in turn extended in the second half of the 18th century in a project by José Martín de Aldehuela.

The chapel of the Virgen de las Angustias is located in a raised level area in leafy woodland, looking out over the gorge of the river Júcar which makes for a beautiful and romantic picture-postcard as well as a privileged view.

The people of Cuenca know it as the Chapel of Distress (la Ermita de las Angustias). The Virgen de las Angustias has a great following in Cuenca, she is the patron saint of the Cuenca diocese and it is traditional to comfort the virgin in her pain on Good Friday.