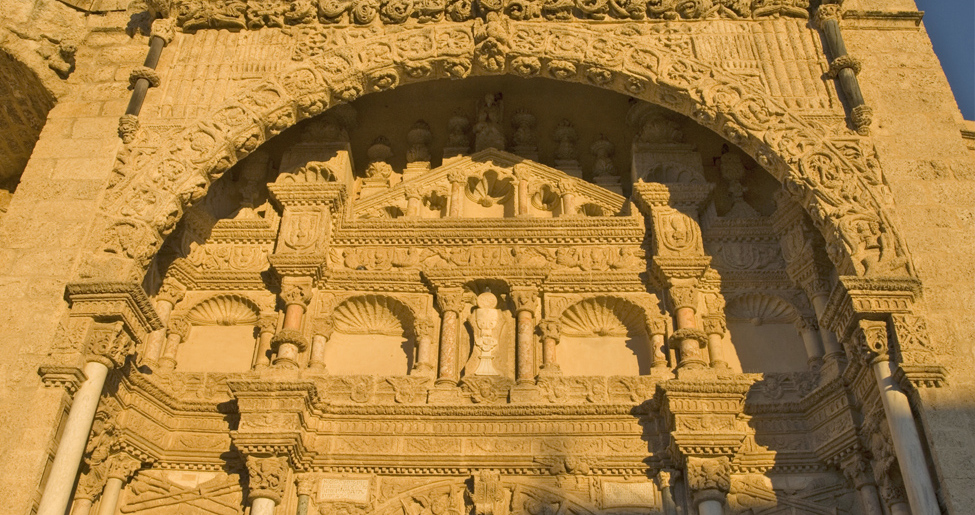 Located 29 km from Toledo, we find the large municipality of Torrijos, head of the judicial district and guardian of an enviable heritage in which some highlights for the visitor who wants to get to know this place are the Collegiate Church of the Holy Sacrament, the palace of Pedro I, later the convent of the Franciscan Conceptionists, and the old Hospital of Charity. These sites give rise to a city complex worthy of the most beautiful capital cities. The town has not stopped evolving throughout its history, becoming a landmark within the province, thanks to the inheritance received from its previous inhabitants.

The religious architecture of this town is magnificently represented by its Parish Collegiate church of the Holy Sacrament. It was constructed in the 16th century dedicated to the Corpus Christi to perpetuate the worship of the body of Christ in a dignified manner. The church has three naves and a Gothic Plateresque apse. Items from the very Medina Azahara of Cordoba were brought here. The visitor will be impressed by the color of its stone, its flying buttresses, its gargoyles and its beautiful Renaissance-Plateresque main door, conceived as an altarpiece door dedicated to the exaltation of the body of Christ. Inside, the oldest organ of Castile-La Mancha is preserved, from 1703, located in its large central choir. It also has a lovely polychromed wooden, Plateresque-style altarpiece at the main altar, and chapels like that of Saint Gil, declared Asset of Cultural Interest.

Regarding the civil architecture of the town, we must visit the Palace of Pedro I, that was later the Convent of the Franciscan Coneceptionists. Built opposite one of the entry gates to the town, it was used as a home for Pedro I of Castile who decorated it with mudejar elements. In the 15th century Don Gutierre of Cárdenas, lord of Torrijos, remodeled it to convert it into a residence for his son, who never was able to enjoy it due to his untimely death. This event caused his mother to convert it into a convent of the Conceptionists. Items preserved from this era are some frescos, a lovely mudejar coffered ceiling, and the uncorrupted body of Teresa Enríquez, the so-called “Madwoman of the Sacrament” and principal driving force of the Collegiate church previously mentioned. Lastly, the old Hospital of the Holy Trinity from the 15th century, built over the remains of a synagogue, now preserves its beautiful Renaissance door with blinded arches and the chapel of the Holy Christ at his Blood.

Inquire about schedules at the City Hall or at the Tourism Office.

Among the large quantity of heritage elements that Torrijos preserves, we can also mention some contemporary buildings such as the Hogar del Pensionista (Home of the Pensioner) and the lovely train station, in a historicist neomudejar style with brick walls and masonry.