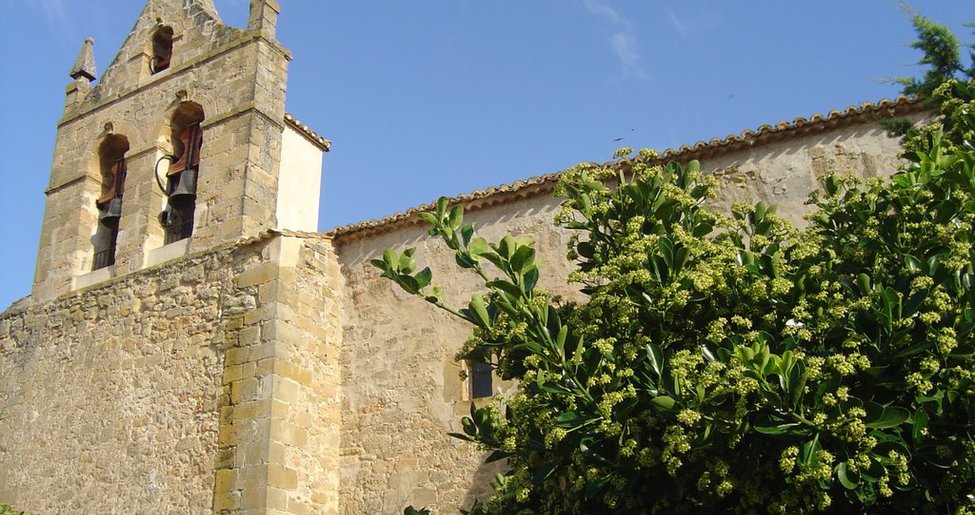 In the Cuenca province, la Alcarria region, we find, 72 km from the capital, the municipality of Valdeolivas, a town that still preserves the essence of centuries of history, under the shelter of the olive trees that surround it and that have given it so much fame. The oil extracted from these harvested green olives and its varied heritage make this municipality a must-see for those travelers interested in discovering the artistic and cultural legacy of its urban complex, its plaza and its church of the Assumption.

The urban complex of Valdeolivas preserves the medieval essence of this village with its narrow and winding streets. Wandering through them we will find beautiful examples of traditional and noble architecture. For example, in the calle Mayor, the street that divides the town, the porticoes are preserved on one of its sides. On this street, as well as on Cristo del Buen Camino, we will see traditional houses with wrought iron bar craftsmanship and beautiful facades whitewashed in lime or plastered, with reds, ochres, yellows, blues, etc. that contrast with the white of the bay windows and doorjambs. In the Old Square, one of the two that articulate the urban layout, we can admire an example of noble architecture in the emblazoned house that is preserved, the House of the Sánchez family and the old City Hall, currently reconverted as the Health Center. This plaza also preserves its porticoes. The New Square, more recent, is the current economic and social center of the town, and in this plaza we find the current City Hall.

Leaving the urban center to the side, we can focus now on the church of Our Lady of the Assumption, categorized as an Asset of Cultural Interest, built between the 12th and 13th centuries. The most outstanding aspect is the semicircular apse vaulted by a quarter sphere  decorated with mural paintings from the 14th century which represent a Christ Pantocrator (omnipotent) within an mandorla (almond-shaped halo) and surrounded by the Tetramorph and the Apostles. In addition, this church is one of the few that show quality Proto-Gothic elements in the province.

Open access, if you find it closed, inquire at the City Hall.

In the Eras Bajas we can visit three windmills, extraordinarily preserved despite having lost the machinery and revolving roof. In the town there are also fountains with great tradition, like that of Tres Caños, with a large rectangular basin and remains of a crest and inscription in its cornice. And its bridges, the oldest is called “la puente del río” (the river bridge) with a small rounded arch.