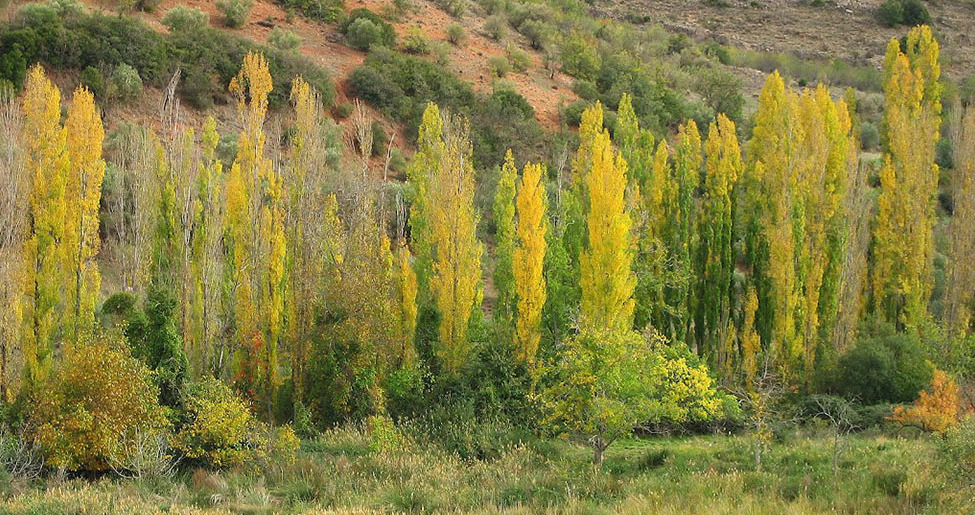 In a magnificent location between the Sierras de Alcaraz and Segura, the traveller will find the town of Vianos. The road up to the town is spectacular, so go slowly in order to enjoy its beautiful views, dominated by a very steep canyon. It was bound to Alcaraz as a hamlet until the 19th century. Its mountainous, folk character is preserved in its streets with houses made of stucco and ashlar with a red color very characteristic of the area.

If you walk through the town, you will see that its streets and plazas all extend evenly and together form a striking urban ensemble of whitewashed facades and crafted wrought iron bars on the windows. Between these white houses, the church of Saint Sebastian stands out, where the Gothic outlines live together with Renaissance shapes. Its tower will draw our attention, which begins having a square floor plan and turns into an octagonal prism, which is conferred by the adjective vandelviresca, work of Andrés de Vandelvira. Inside the single nave building, we can admire its large Baroque altarpiece that completely covers the apse, vault included. Some outstanding carvings are the 16th century Virgin with Child and Saint Francis of Assisi by the sculptor Roque López.

It is free to access, respecting the hours of worship in the church.

Vianos is a town of great bull-fighting and ranching traditions, and therefore near the town, in what is today a gulley, in the middle of the 18th century there was a bull ring. Its ranch is more long-standing. Called El Charcazo, it was founded 200 years ago. Nowadays, its most well-known festival is the Adoration of the Three Kings, performed every early morning of January 6.