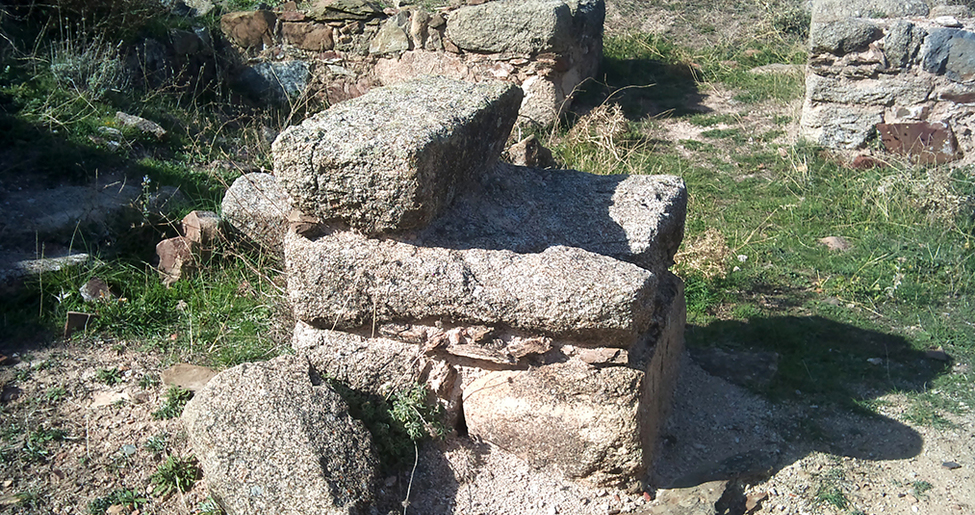 “Wamba me fecit”: this inscription is the only reference to the construction of the chapel of San Pedro de la Mata. Wamba ruled between 672 and 681, and that is how we trace back this excellent example of Visigothic architecture to the 7th century.

It is built on top of a big slab of stone which allows it not to have foundations and therefore it seems to levitate. Its remains allow us to observe part of its structure and peculiarities. The apse and the opposite one form a rectangular block separated by an archway. The side walls have gaps that hold a sort of adjacent garret. The transept is joined by four arches of which one is preserved and some of the walls are a lot narrower than usual. It has been compared with other similar Visigoth structures, like Santa María del Melque in Toledo and Santa Comba de Bende in Orense, although which one is the oldest is unknown. But the memory lapses regarding its origins don’t exempt the visitor from admiring this Visigothic gem that still preserves a good part of its rooms for the pleasure of a sensitive look at art and history.

The ruins are open to the public and can therefore be visited without any restrictions.