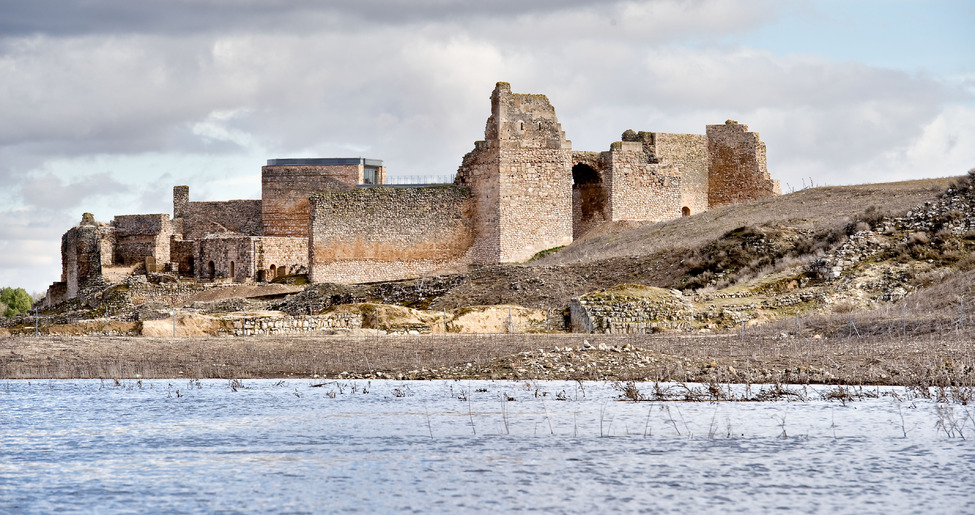 We are in one of the oldest Islamic cities in the Peninsula, already cited at the time of Abderraman I in the year 785. It gained great glory in the 9th century on becoming the capital of a large Muslim region. Faithful to its roots, it took advantage of the Guadiana river in order to build a hydraulical defence system.

The visitor can see an Islamic city whose most important defence system was the river course with much greater flow in medieval times, which transformed the place into a real island between the waters. There are 44 towers surrounding the wall and the singularcorachas(double wall descending to a river for water supply) were designed to supply the city with water if it became surrounded. The actual settlements are divided into two areas, separated by a big wall: the citadel and the medina (town), with the suburbs being on the outside.

From the mosques, baths and shops in the medina we can find remains of rooms and paved streets. In the citadel we can see the successive Islamic expansions, the temple apse that was never finished and the church that the commander of Calatrava erected here.

In the 12th century the city was handed over to Christians and the Order of Calatrava was founded, made up of warrior monks. They would be the only ones to maintain a fortress in Christian hands after the defeat in the battle of Alarcos, Salvatierra castle. After they would contribute to the victory at Navas de Tolosa, playing an important role in the conquest and managing to establish one of the most powerful orders in terms of its economic and military ability.

From April to May: Thursday, Friday, Saturday and Sunday, from 10am to 2pm and 4pm to 8pm.

September: Friday, Saturday and Sunday, from 10am to 2pm and 4pm to 8pm.

School groups and groups of 10 or more people with a reservation.