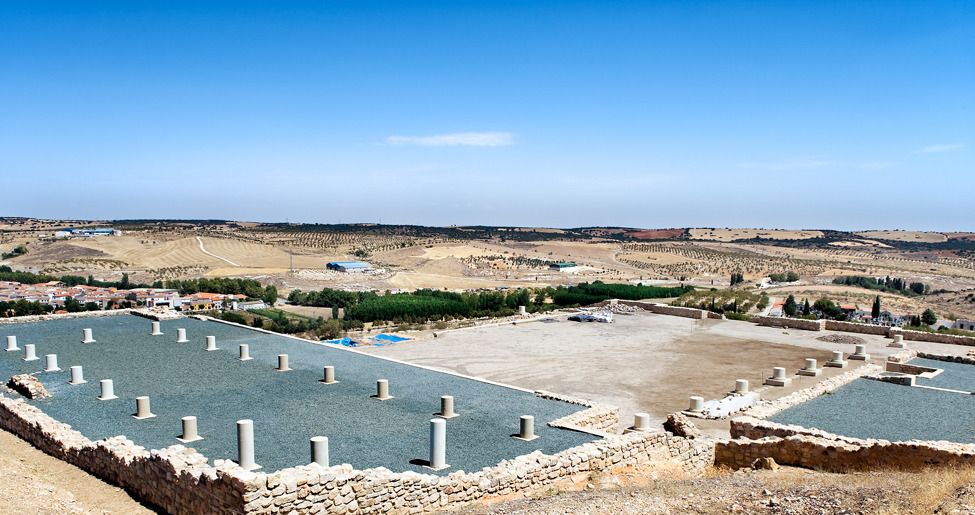 The Roman colony of Libisosa is next to current-day Lezuza, an area of the Campo de Montiel, in the west of the province of Albacete. Located on a high hill, it was a witness of the passing of different cultures and communities due to its location at the crossroad since prehistoric times. Besides its privileged location, the area also had a large number of water, agrarian and hunting resources which favoured the settlement of human communities since prehistoric times. They were also favoured due to the existence of nearby salt marshes and nomadic cattle tracks that provided it with considerable wealth.

Three stages of history left their tracks in Libisosa: the Iberian, the Roman and the Medieval. The Romans arrived in this prosperous city in 180 BC, attracted by its river and its defensive and strategic value.

The city was the passage between the plateau towards Andalusia and from the Levante to Extremadura and Portugal. This crossroads was vital for the Romans in capturing the south of the Peninsula. After building walls around the city, the empire declared the town a Roman colony: Libisosa Forum Angustana.

Each year there are open days throughout autumn on completing the archaeological operations.