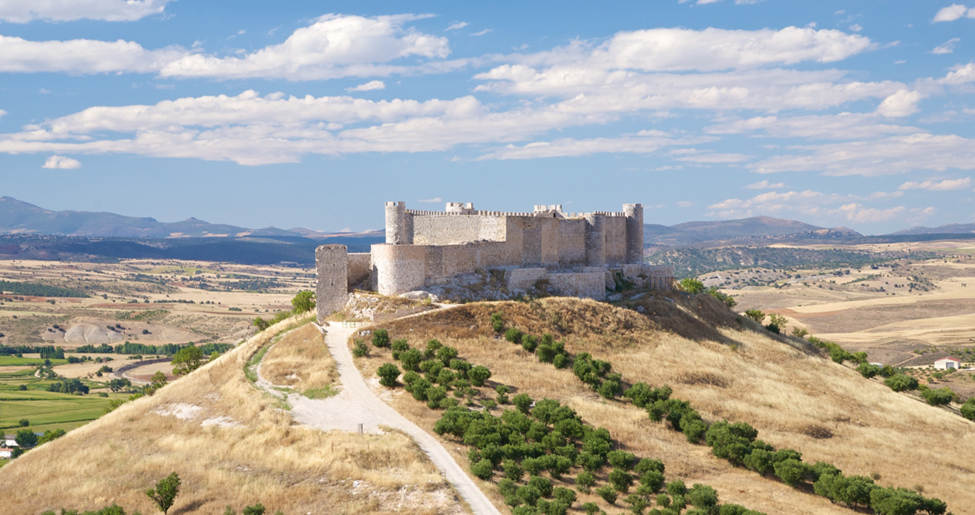 Its architecture reveals by its characteristics the incipient Spanish renaissance, by way of Italian influence. It is a residential palace castle from the 15th century, and one of the last of its kind built in Spain.

An immense fortress of almost one hundred meters in length, of which the Tower Keep has disappeared, which was used as a quarry. The towers don’t project above the wall, as corresponds with castles intended to withstand artillery fire. Majestic, its exterior wall and residential area speak to its Italian influence, and its general appearance to the typically Castilian robust castles of the meseta.

Its first owner, and he who ordered the reforms for which it acquired its current appearance, was Rodrigo Díaz de Vivar y Mendoza, Count of el Cid and first-born son of cardinal Mendoza. The castle was a symbol intended to show the greatness of the Mendozas, and their supposed descent from the very Cid Campeador - something the majority of the noble families of the time were desirous of. It would pass to form part of the possessions of the Duke of theInfantado. Now it belongs to the city of Jadraque.

The castle opens to the public on Saturdays, Sundays and holidays with a guided visit beginning at 12:30, for which you must previously contact the Tourism Office 949 890 168.

Jadraque, at the foot of the castle, is famous for the bestcabritos y corderos asados (young goat and lamb roasts).