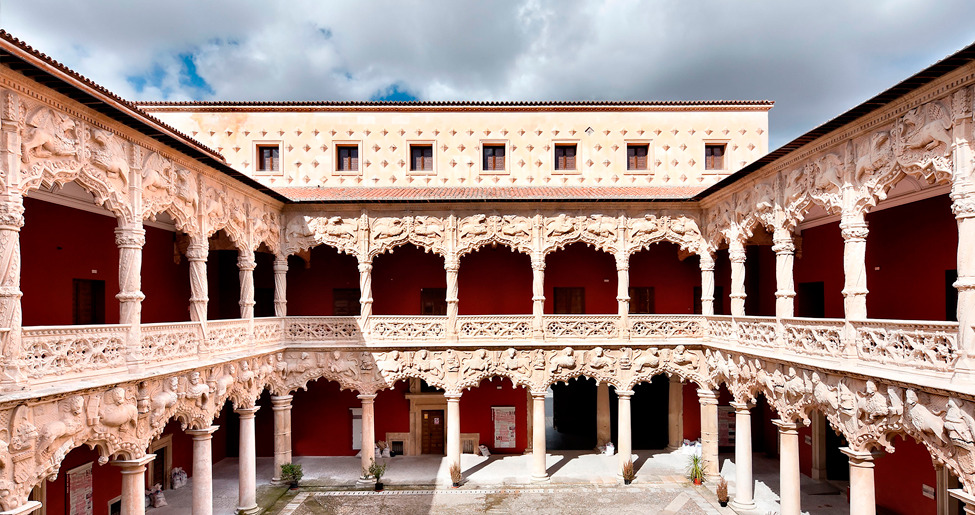 Guadalajara, capital of the Alcarria region and meeting point of cultures, styles and times. It convenes the convenience of what is functional and modern with its historical roots that populate its streets and its origin.

Its strategical and geographical location, in the mid-point of the Henares river, an elevation fringed by ravines, made it the place for human settling since prehistoric times, as can be seen in archaeological sites such as in Aguas Vivas.

But it is the subsequent cultures which mark out its territory which is full of samples of history and tradition.

Arabic traces are visible in various spots. The bridge over the river Henares in its Cordoba Caliphal style acts as an entry point to the exhibits that still populate the city, such as the citadel that uses the river as its mirror, and which was later touched up by subsequent cultures. The mark made by the Jews was noted in synagogues and the castle of the Jews. The Mudejars put their stamp between the citadel and the river, participating as masters of craftwork and works on multiple projects.

Christian culture and the history that rises up its streets, walls, buildings and façades since the conquest, fill the city with new areas or they modify the outstanding ones, giving it its current historical complexion.

The reinforcement of the Infantado house and that of other Mendoza descents, transformed it into a stately residence from the Renaissance, full of crested manor houses, beautiful chapels and spacious convents. This founding period spread over the whole of the 17th century, in which, despite the crisis, Guadalajara welcomed other communities of Franciscans, Carmelites, Jesuits and Hospitallers.

Romanesque, Gothic, Baroque and Renaissance styles dress it both inside and outside: churches, palaces, chapels, convents and cemeteries thrill the visitor that stops in his path to calmly regale in what the city has to offer.

Nowadays, Guadalajara is a dynamic, accessible and close city after undergoing a deep economic development and urban growth. It has all the best features with huge open spaces and services that completely satisfy its inhabitants that are happy about the levels reached in their quality of life.

Its modern facilities have allowed and continue to allow for numerous renowned sporting events and a variety of congresses which have boosted it to its new status in such terms.

Its excellent cuisine requites its own mention; it is based on Castilian dishes of high calorific content which reflect the climate conditions of this land. Amongst its culinary specialities are its traditional roasted lamb and kid, which is drenched in “breve”, an aromatic herb dressing mashed in vinegar. For dessert, the star product of the capital are “bizcochos borrachos” (sponge cake cooked in alcohol) or the Alcarria honey, with its Designation of Origin since 1992. During his stay, the visitor can choose between a wide variety of dishes as well as restaurants that will excite even the most demanding of palettes.